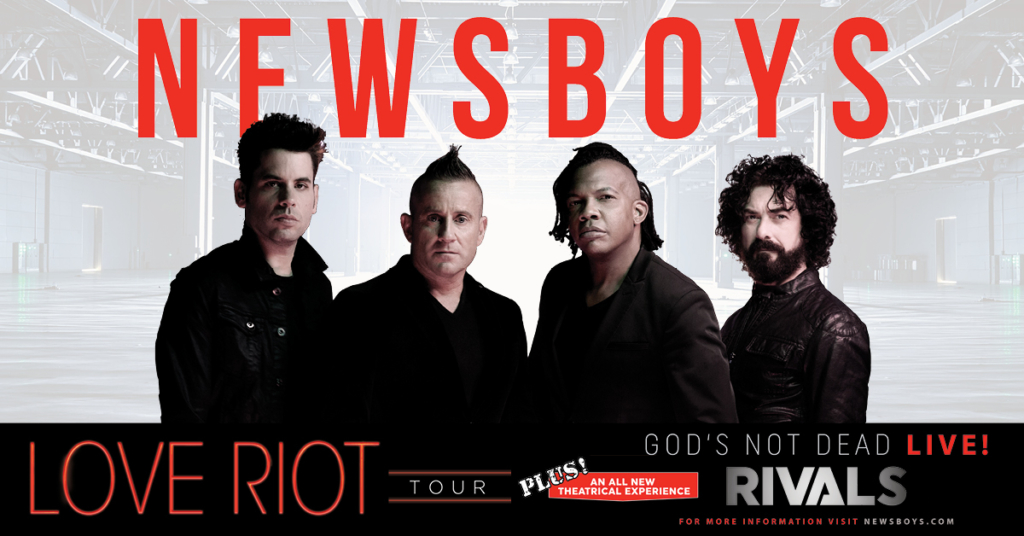 If you were to draw up a blueprint for a successful music career, the final plans couldn’t help but resemble Newsboys’ trajectory. They’ve defined Christian music for more than two decades, only to blow up expectations as they’ve recreated themselves again and again.

Impossible to pin down, these musical shapeshifters move fluidly between rock and pop, worship and dance, to the delight of their legion of fans. Their live shows exhibit a kind of energy that, if it could be bottled, would power entire cities. Along the way, they’ve sold more than 8 million units and amassed eight Gold® certifications, 33 #1 radio hits, four GRAMMY® nominations, two American Music Award nominations and taken home multiple Dove Awards.

In addition, their chart-topping, Platinum®-certified single, “God’s Not Dead,” inspired Pure Flix’s 2014 hit film of the same name. While the recognition for all their hard work is nice, the band isn’t in it for the accolades. Instead, lead vocalist Michael Tait, guitarist Jody Davis, keyboardist Jeff Frankenstein and drummer Duncan Phillips do what they do out of love: love for God, love for their fans and love for the simple act of making music. Love is an emotion they believe we need more of in this increasingly dark world. They’re so passionate about the idea that they titled their new album Love Riot.